Known briefly in the early 1900’s as Lisvane Golf Club, the club adopted its new title of Llanishen Golf Club in 1905.

Originally played around a nine hole layout on Ty Mawr Farm, it moved up to 18 holes in 1924 when Ernest Prosser allowed the club to lease his land. The course was moved ‘off the Mountain’ and the new layout was opened in April 1939, with Club Captain Mr W.J Fooks driving the first ball.

Post war a full completion programme was drawn up, starting in 1946 with an extension to the clubhouse. The Steward / Professional Stuart Bowen was released from his war duties and allowed to resume his duties. It was not until 1948 that the Glamorgan War Agricultural Committee sanctioned the return of 4 holes to the club, and these holes needed redeveloping so it was not until 1950 that 18 holes were in play. Club Captain ‘Basher’ Billing hit the first drive on 20th May 1950, although his initial attempt was an air shot !

Jack Taylor was a legendary figure as Professional for 35 years from 1952 until 1987, with the ‘Jack Taylor swing’ still forming the basis of many of our Members game. Without doubt the most notable golfing personality that Llanishen Golf Club has produced was Jill Edwards. Representing Wales in 1962, she went on to become Glamorgan Ladies Champion in 1966 & 1968 and losing on the 19th hole of the Welsh Championships. She then had a distinguished administration role for the Welsh Ladies Golf Union, Ladies Golf Union and Sport Council for Wales. It was June 1995 that the existing Clubhouse was opened and the club held a wonderful Centenary year in 2005 with the highlight being a Centenary Ball at the City Hall. Recent visitors to the club include Wales and Real Madrid star Gareth Bale.

The club was shortlised for Wales Golf Club of the year in 2018 and won the prestigious GCMA Team of the Year award in November 2019, beating over 2500 other golf clubs.

For those who would like to know more about the club’s history a Centenary book was compiled and a copy is available for reference from the Club Office. 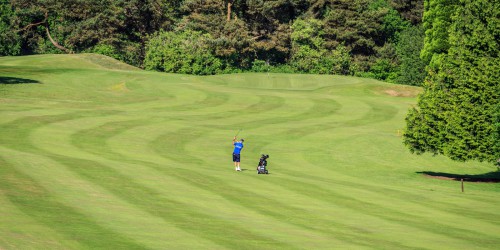 If you want to play golf on a fantastic course with spectacular views then a visit to Llanishen is a must. 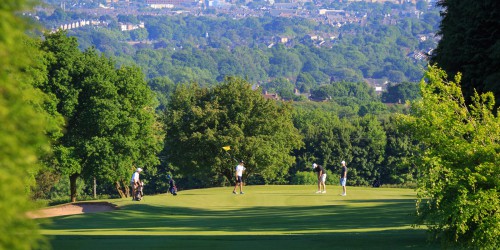 We welcome visitors every year and you will be assured of a fantastic day. 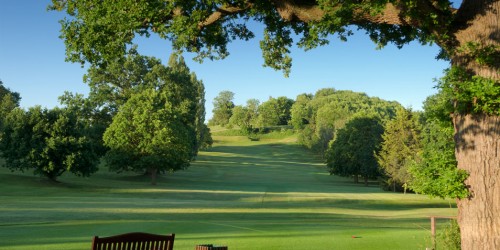